I don’t tend to set reading goals as I already probably spend too much time with my nose buried in a book. Maybe. It’s debatable. I have no desire to ever again hit or even get close to my highest book count in a year, because that 508 was nuts. I can say that based on the numbers below, I can probably still hang onto my my “picky, moody reader” label.

*I didn’t start recording half stars until I changed my rating system in May. I also fully plan on adding at least one or two more books to this before we reach “one” on the countdown clock.

Of those twelve 5 stars I handed out, it isn’t a bit of a surprise that most of them came from authors at the top of my favorites list. Faith Hunter, Anne Bishop and Michelle Sagara (West).

A couple of others were standouts even among those few that managed 5 stars and are worth mentioning again. 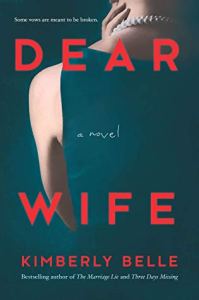 And G.A. Aiken’s The Blacksmith Queen 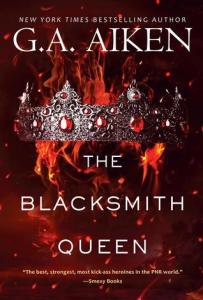 One of the other things that I wanted to do as a final wrap up to my 2019 reading is to mention my top Indie Author reads for the year. Keep in mind that these are books that I KNOW are indie books. There are probably dozens of indies on my read list for the year, but not all authors are upfront and it isn’t always easy to tell. If I wasn’t 100% certain, I didn’t notate that a book was an indie.

These are the best indie reads for me this year.

I highly recommend any of the books I’ve listed here. If you haven’t read one of them yet, you really should add it to your 2020 TBR.

Blurb: Nell can draw magic from the land around her, and lately she’s been using it to help the Psy-Law Enforcement Division, which solves paranormal crimes. Joining the team at PsyLED has allowed her to learn more about her powers and the world she always shunned–and to find true friends.

Head agent Rick LaFleur shifts into a panther when the moon calls him, but this time, something has gone wrong. Rick calls Nell from a riverbank–he’s naked, with no memory of how he came to be there, and there’s a dead black cat, sacrificed in a witch circle and killed by black magic, lying next to him.

Then more animals turn up dead, and team rushes to investigate. A blood-witch is out to kill. But when it seems as if their leader is involved in the crime, the bonds that hold the team together could shatter at any moment.

One of the best days ever is release day for a new book in a favorite series. Yesterday did not disappoint.

I cannot state it strongly enough, but I LOVE this world. Every single thing about it. I love it even more that there are two distinct but tightly intertwined threads, the original Jane Yellowrock series and Soulwood. Technically, you do not have to read the Yellowrock series to be able to read and follow the Soulwood series, but you will miss out on some really important nuances that fill in gaps if you don’t. The farther along in this series you get, the bigger some of those gaps can become.

This book addresses issues with Rick that were initially introduced in the Yellowrock series. They have been covered in this series as well, but there is some not critical information that you would only have gotten by reading the first series. Heck, there is even a Rick short story flying around out there that I haven’t read yet that probably gives readers and even deeper look into those issues. Still, you don’t NEED to have read any of those.

I don’t think that there is a significant character in this series that I don’t like. The team is amazing, so it is going to be interesting to see how they move forward with the changes that are going on by the end of this book. I never disliked Rick, but he was also never a favorite from the Yellowrock series. I do really like him in his roll here, though. The changes he goes through in this book could become really interesting for both series.

If I had anything negative to say about this (besides the fact that there always has to be a final page that means I’ve finished a book), and it is really kind of a tiny one at that, it is the fact that, so far, Nell is the one to always figure things out/solve the problems, even when she isn’t the expert. Don’t get me wrong, I adore her character and her abilities. It just sometimes rides the boundary of her being too perfect, especially because she isn’t the head or lead of the group and there are others that are more likely to have the knowledge and/or the skills. It is something that I didn’t really notice or pick up on when I read all the books the first time through, but caught it when I reread before this one came out.

I think the next book in this series may see some definite changes from things we’ve seen so far. I’m interested to see what direction those changes take.