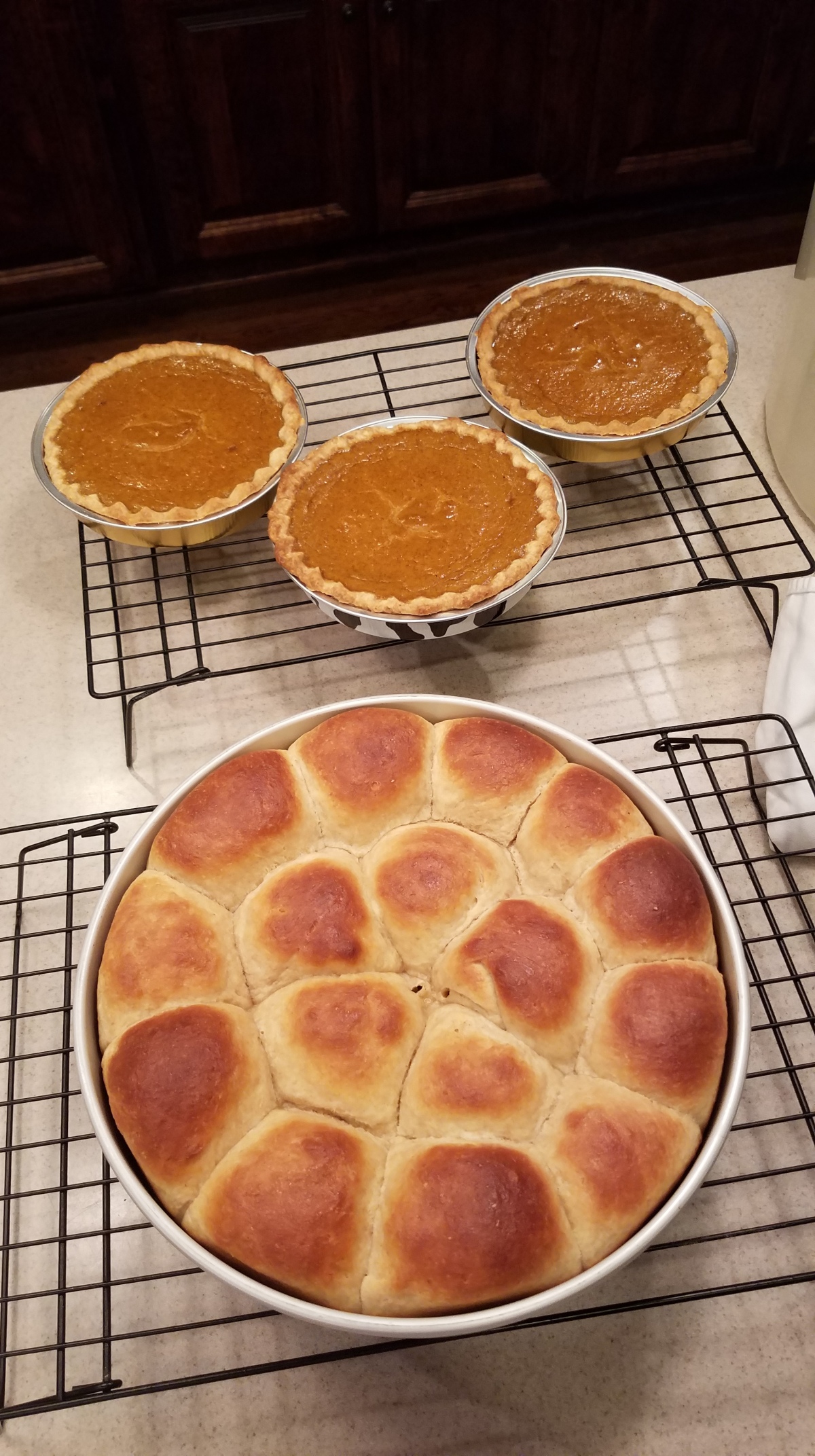 This is just a little of what I spent my day doing yesterday. Let me tell you, it was a hell of a struggle to get it all done when I had zero energy. Again.

In all, I made 4 batches of pie crust, a huge batch of my dumpling style egg noodles, a batch of rolls, and 3 mini pumpkin pies.

It has been interesting to try and figure out how to split all of this up to make two full Thanksgiving meals in a way that was easy to transfer since one of those is going to my FIL. The pies were a big one as it isn’t exactly easy to just cut an entire pie in half and transport it. Some are easier than others, but I also want everything to still look appetizing when it gets there.

I found some 6 inch pie pans that I thought would work to split my recipe into two (since it normally calls for a 9 inch) or something close. I’d planned on doing only 2 small pumpkin pies and using the 3rd for the chocolate, but when I went to pour the filling, I had more than enough to do all 3 shells. They worked wonderfully, though.

The other biggie was doing the turkey. I’d hoped to find 2 small ones so I could just send off the whole thing, but that SO didn’t happen. I’m now cooking a huge bird today so I can include it with everything else, but that means we get it as leftovers tomorrow. I wanted to limit what I had to do that with, so most everything else I’m doing in two separate batches.

Today I’m working on cooking that turkey and then doing a full on meal prep of one batch of everything else and we will be taking it and dropping it all off this afternoon.

So far, I feel better today than I have the last couple of days, so hopefully I won’t be wiped out tonight when I finally get to sit down again.

The fun part? I get to do it ALL again tomorrow except the turkey. 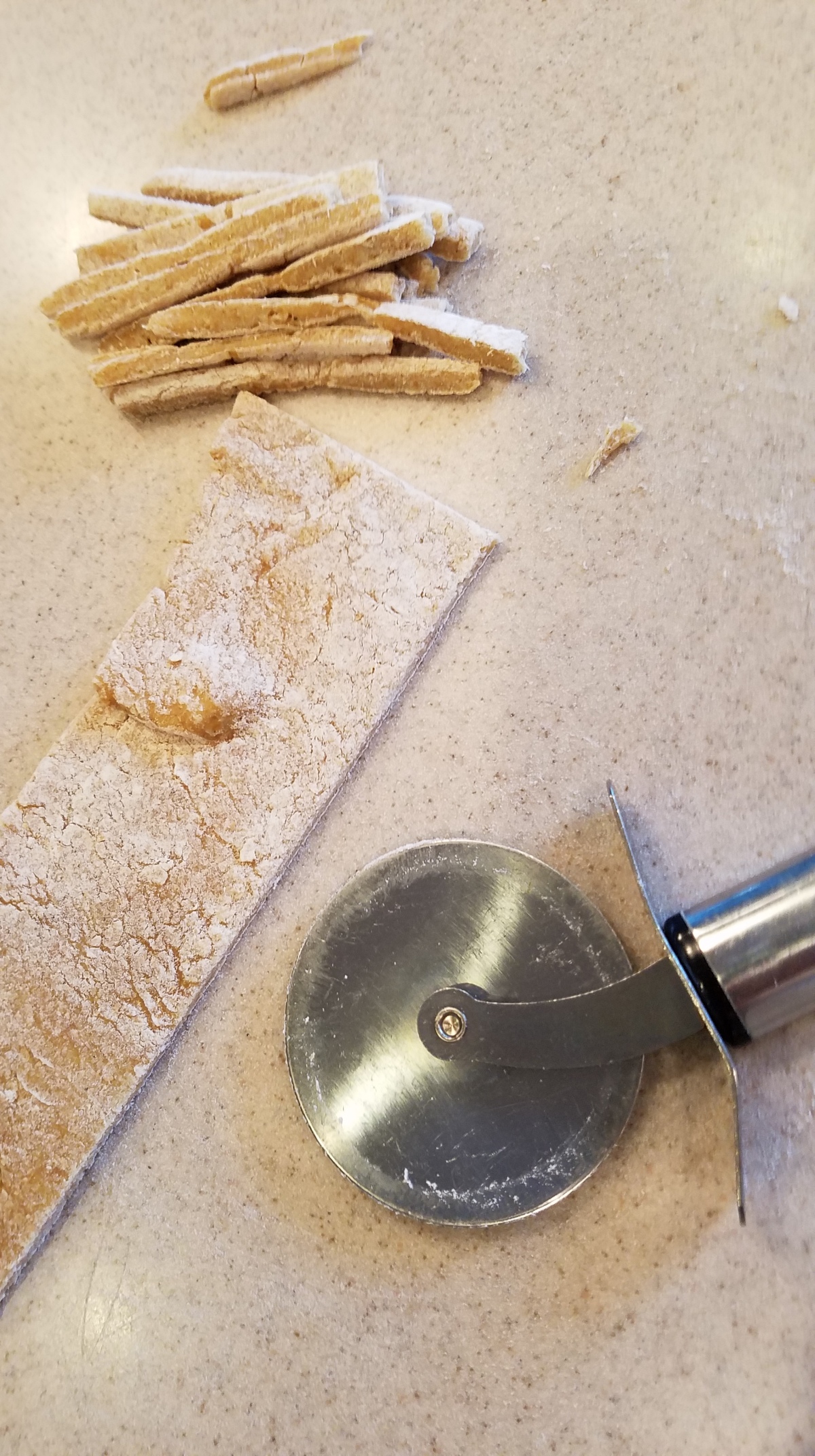 I’ve been in the kitchen working for hours now and have managed to knock out most of my to do list for the day. I have my noodles made (yes, we do noodles… those of you that don’t are weird and totally missing out), a double batch of rolls made up and baked, bread drying for stuffing and 4 batches of my pie crust ready to roll out. I still have to make the actual pies, but that is the last of what I’m getting done today. Thankfully I have BG as my sous chef, which has cut that work down tremendously. Hopefully I will have some pretty pie pictures to share later, though pies have always been one of those things I just don’t do well, so we will see.