This is probably going to be the last of this series and also just so happens to be one of my favorites.

One of the things I love about this one is that there are three separate flowers, all in very different stages of life. It just almost has that maiden/mother/crone kind of thing going on, but narrowly misses that symbology.

When I first pulled this one up on my computer, it gave me the feeling of the kind of image you’d see in the background of a rustic wedding theme. Like something you’d see on a wedding web page or even in the background of an invitation, especially if it were to be softened and faded out a bit. Of course, that made me want to play a bit.

Some photos just really work with that softer focus kind of look. I really like both versions and couldn’t decide which I’d rather post, so I’m doing both since this is the end of the series.

And just because… I have the soft one in a pretty black and white as well. 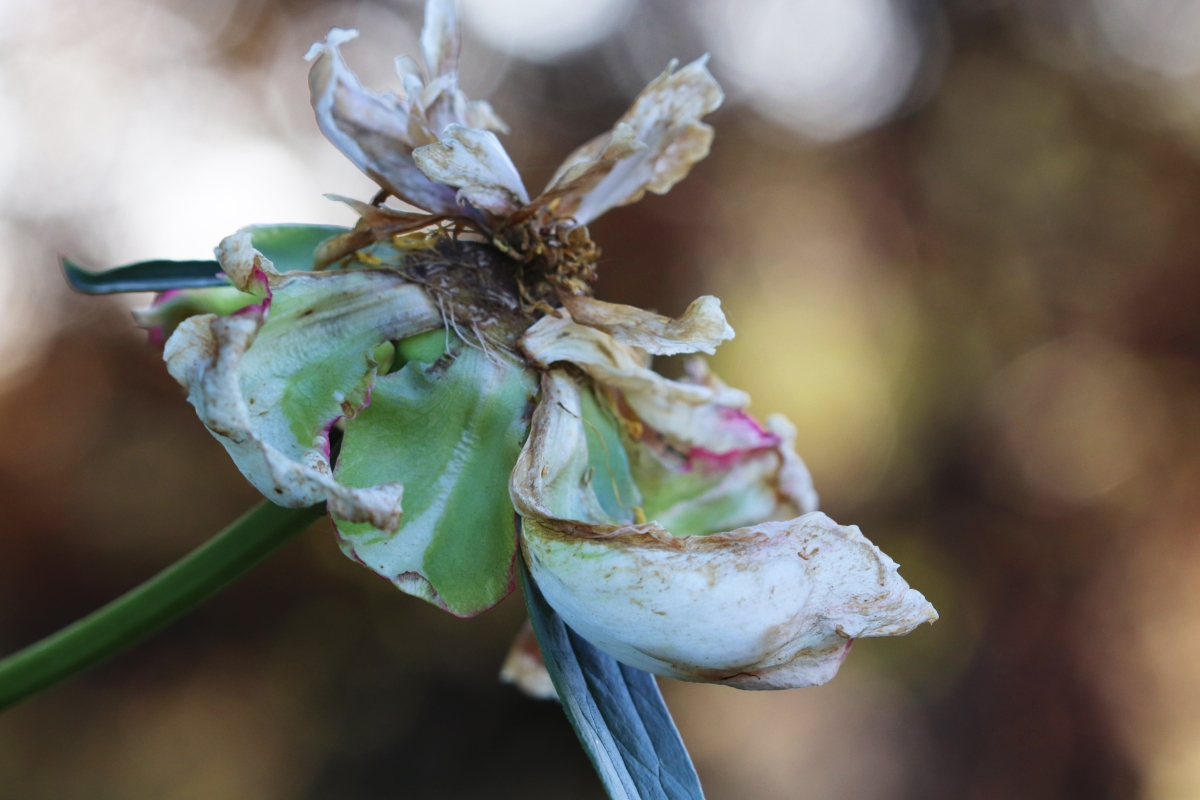 This peony had a friend. And apparently also one of those little red mite/spider thingies. I didn’t know about the red visitor until I brought this up on my computer. This little friend stuck around long enough for me to get a few shots before he slinked back behind the flowers. 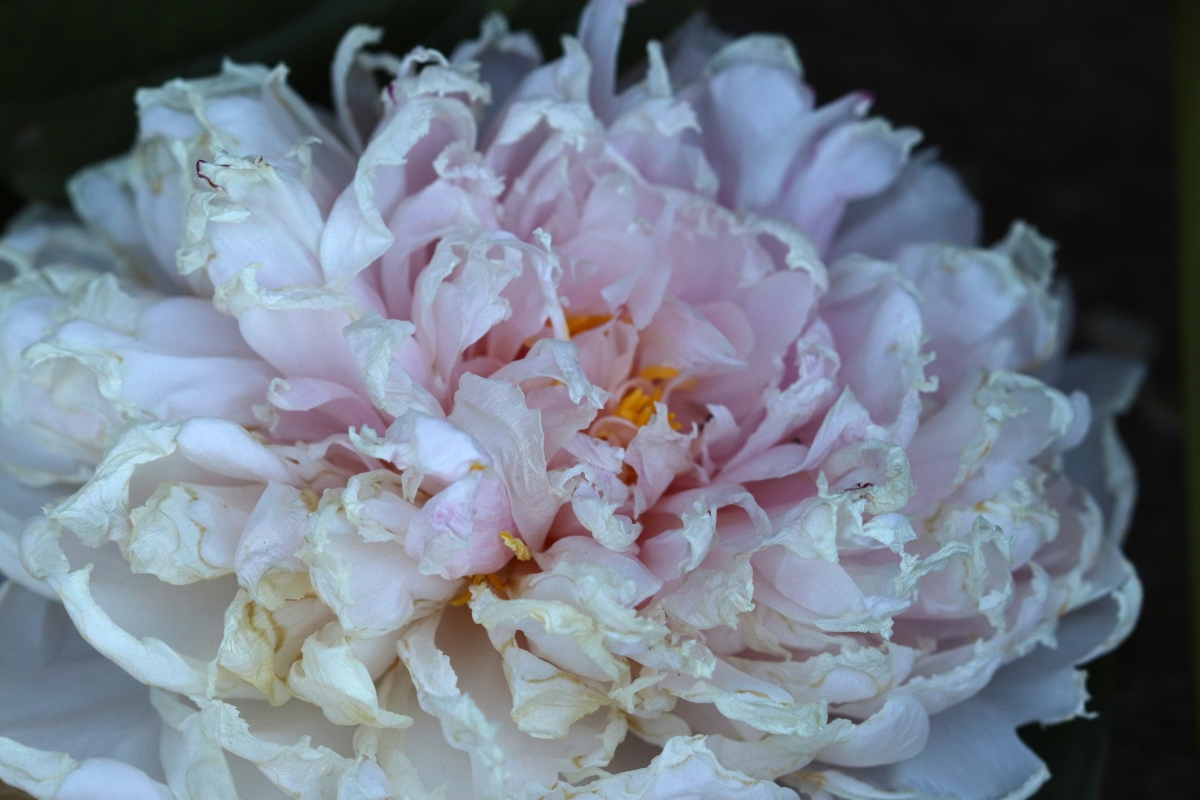 Today I’m even more grateful that I got the opportunity to get all those peony photos the day I did. Yesterday, all the petals from every flower except the healthiest were blown off in a nasty storm that raced through overnight. That was followed by another one last night, leaving even fewer flowers and petals to take pictures of. That poor peony just looks stripped bare now.

Yesterday was an unusually great day photography wise. I think I just hit the exact right time of day for lighting or something because I had more amazing photos in the round than I think I’ve ever had at one time. Funny, but almost all of those amazing ones were of peonies that were dead or well on their way there.

When I was moving them all from my camera and I realized how many good ones I had and how much of a struggle I was going to have deciding which ones I was going to want to share. Especially since so many of them were of peonies in various stages of dying off. All so similar in subject, but so unique at the same time.

I thought it would be an interesting experiment to try and post them as a series. Not that I don’t sort of already do that, but this way I’m being a bit more specific in what is related. Mostly it will just be in how I name the posts.

Anyway, that just means I’ll be posting lots of photos of peonies for a while with maybe some non-peony photos mixed in here and there.