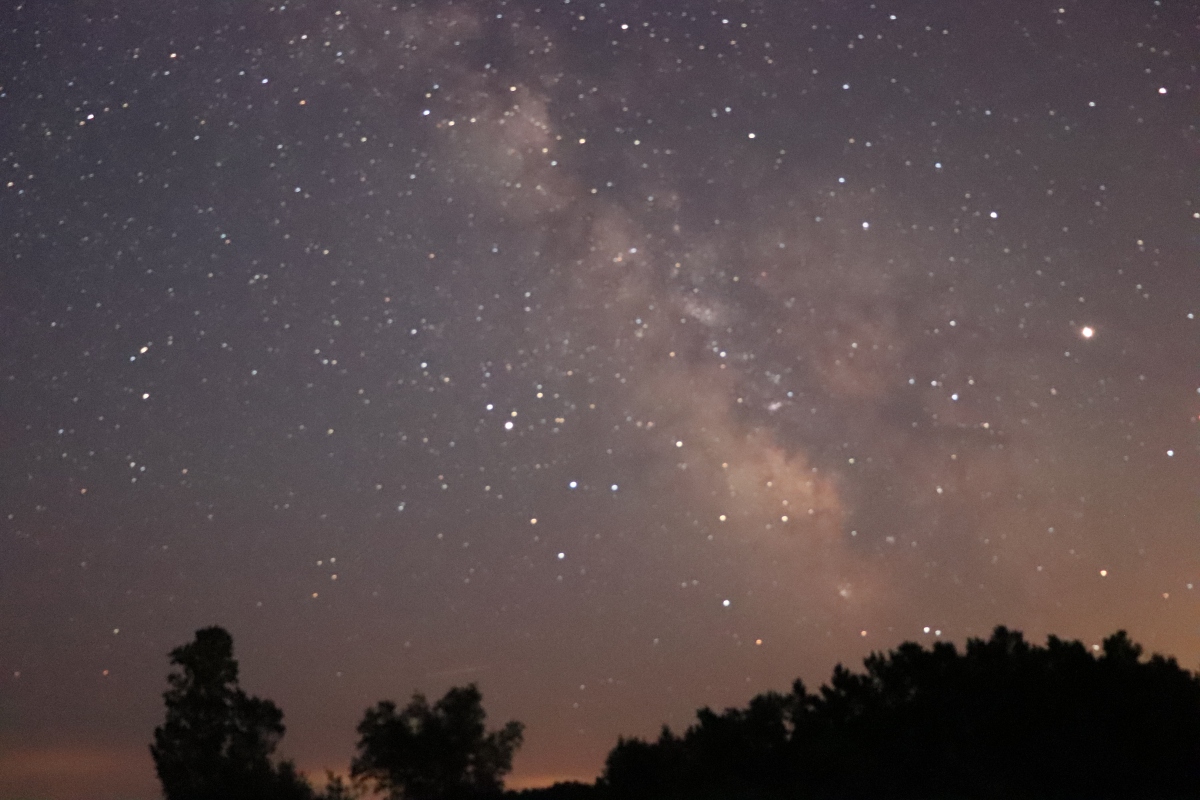 We had several goals for our trip to Wisconsin. Take a couple of hikes. Scout locations for both sunrise and sunset photos since we were on the peninsula and could easily get both. See the stars under a seriously dark sky. My part was seeing if I could pull off taking pictures of those stars. We went so far as to schedule our trip for the new moon time frame to ensure the darkest possible setting. I have to say that we lucked out epically in that we had two different nights of perfectly clear skies.

When we left, we needed to scout out locations for this, not knowing there was an actual designated dark sky viewing spot on the peninsula (because we apparently didn’t do quite enough research before leaving home). The first attempt, we found a small boat ramp that was really secluded. It was kind of eerie being there by ourselves in such dark conditions. I managed to get a couple of shots that weren’t great, but I got stars and the general “cloudy” effect you see in the milky way. 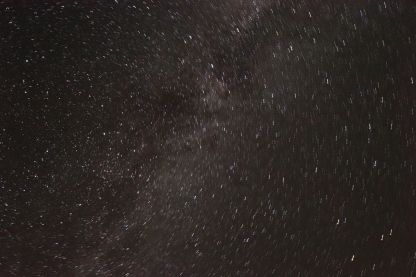 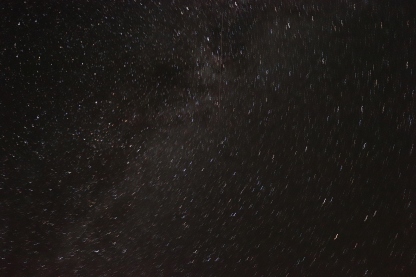 Before going out, I’d done some research for basic settings to get the effect I was hoping for, but I didn’t have the lens those instructions were based on so I had to do a lot of playing. My camera doesn’t allow for a set timer longer than 30 seconds and that is really what I needed here. For longer exposures, I needed to hold my shutter button, which caused quite a bit of shake (I was freezing and shivering, so it was nearly impossible not to get shake).

After we got back to where we were staying we decided to do a bit more research and found the dark sky viewing area in Newport State Park. Turns out it is one of only 48 parks in the world to earn International Dark Sky Park designation. Funny how we didn’t manage to see that fact until right before our last day in Door County. We debated going as it would be our last night and would require us staying out well past 10pm at minimum to get to see the really good stuff. We decided to check it out during the day as we didn’t have a ton scheduled and decide based on what we saw.

I am SO glad we did because I played with my settings a bit more and managed to get some mind blowing shots. They are far from perfect because I really don’t have the right equipment to do these the right way. But for it only being my second attempt ever at trying to take pictures of stars and the milky way, I’m kind of stunned at how well these turned out.

The image I used as the feature image in this post is one I took really early on, so there was still some faint light in the sky after sunset. That is what allowed me to get a bit more color in the shot that I couldn’t get with some of the later ones. The one above was taken closer to 10:30, which was still apparently not the ideal time, but we were under time constraints.

I was intimidated as all hell because the viewing area had probably half a dozen or better photographers set up. Being the rank armature I know I am at this made it even more so. Not that they would be seeing and critiquing me, but it was still intimidating. Especially when you see everyone with red lights instead of normal flashlights (so as not to mess with the photography). We got there early enough that flashlights weren’t needed, so we weren’t one of the ones that got shot the dirty looks and even a few comments when they came through with blindingly bright flashlights. FYI… Don’t take a flashlight to a dark sky viewing area.

It was so dark, though, I was worried I’d have someone run into me or my camera on their way down the path, so hubby put his flashlight in his pocket and turned it on whenever someone came close, giving off this really pale glow to warn oncoming traffic that someone was there. He played body blocker for me while I played with the stars and my camera. The kids sat on a bench behind us staring in awe at the sky between crazy teen goofing moments. I don’t think I want to know what anyone near them thought of us as parents because they were being off the charts goofy (not annoying or loud, just crazy goofy).

MC really wanted me to get some shots that weren’t at the horizon, so I attempted to make adjustments in the dark and shot upward. I had wanted the horizon and trees in my shots to give a sense of scale, but these were still interesting. They would have been much better if I’d taken them with a longer exposure, but I made sure I could get these shots in that 30 second window by really upping my film speed. Some of these were taken at 6400 and some were taken at 12800.

That high a film speed makes the images a lot more grainy than I’d like, but I still got the general effect, so I was thrilled. The two things that really made these so much harder to get better quality than I would have liked was that I needed a much wider angle lens and I really needed some sort of shutter trip wire that I could hold that would prevent me from shaking my camera at the longer exposure times. I don’t know that I’ll ever get another opportunity like this, but if I do, I’m going to seriously consider investing in those two pieces.

Even with these being on the blurry and grainy side, I’m massively proud that I was able to get these.