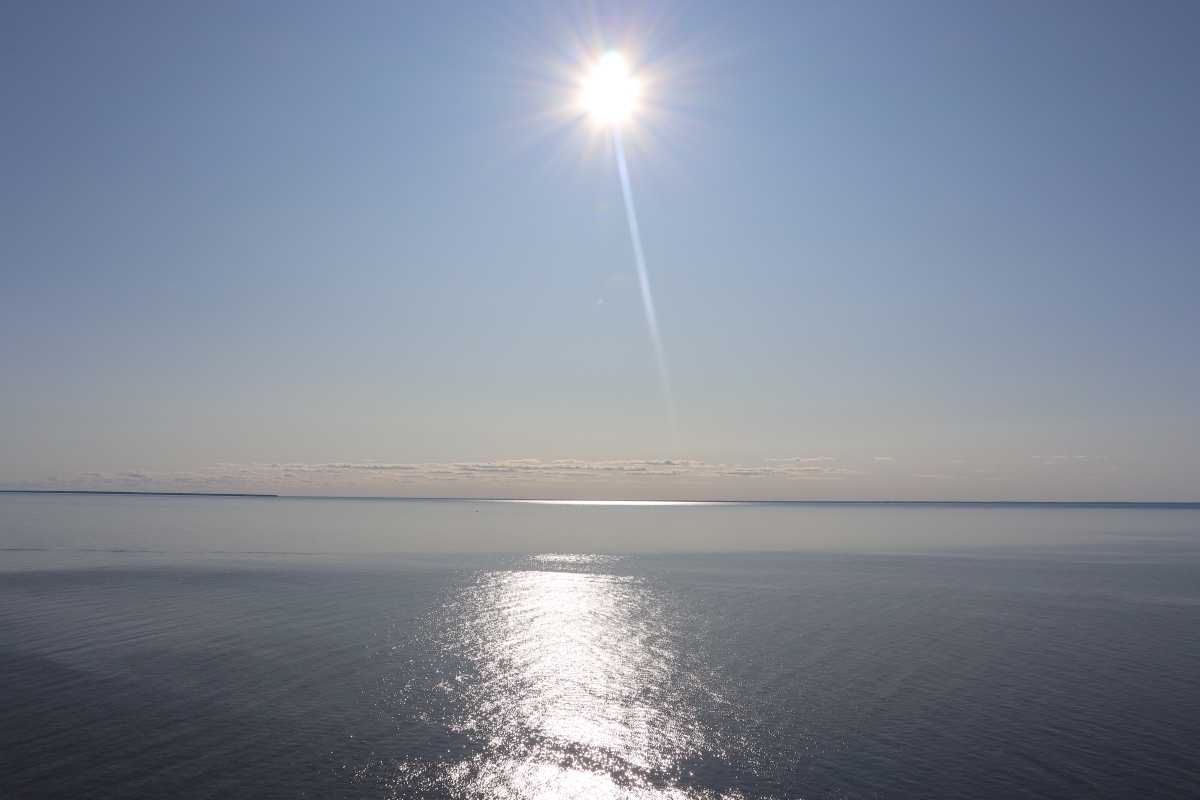 For anyone that wants to play along, my only suggestions (suggestions, not rules!) are:

The color is the dominate focus in the image as opposed to a small spot in a lot of other colors.

That’s it! I hope you play along and have some fun!

It begins. I just saw MC off for his first day of being a Senior. My brain still hasn’t quite wrapped itself around that concept yet. Maybe I’ll have gotten a handle on it before he walks with his cap and gown. Maybe.

For now, I’m going to have a cup of coffee and one of our traditional first day of school treats: donuts. Then I have to wrestle our oldest cat off to the vet. Hopefully that will keep my mind from tying itself in knots over the Senior thing and the quiet in the house. At least for a while. 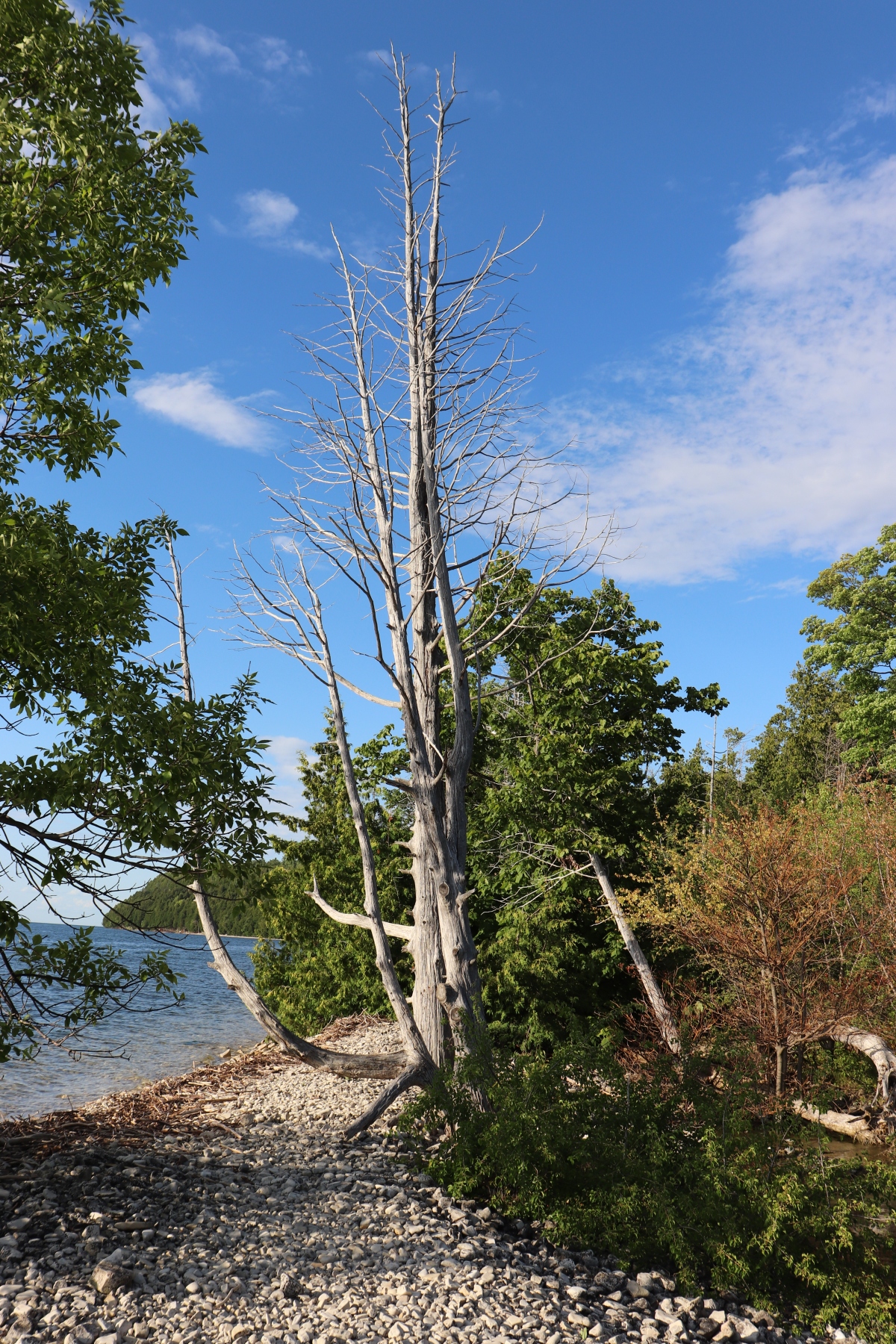 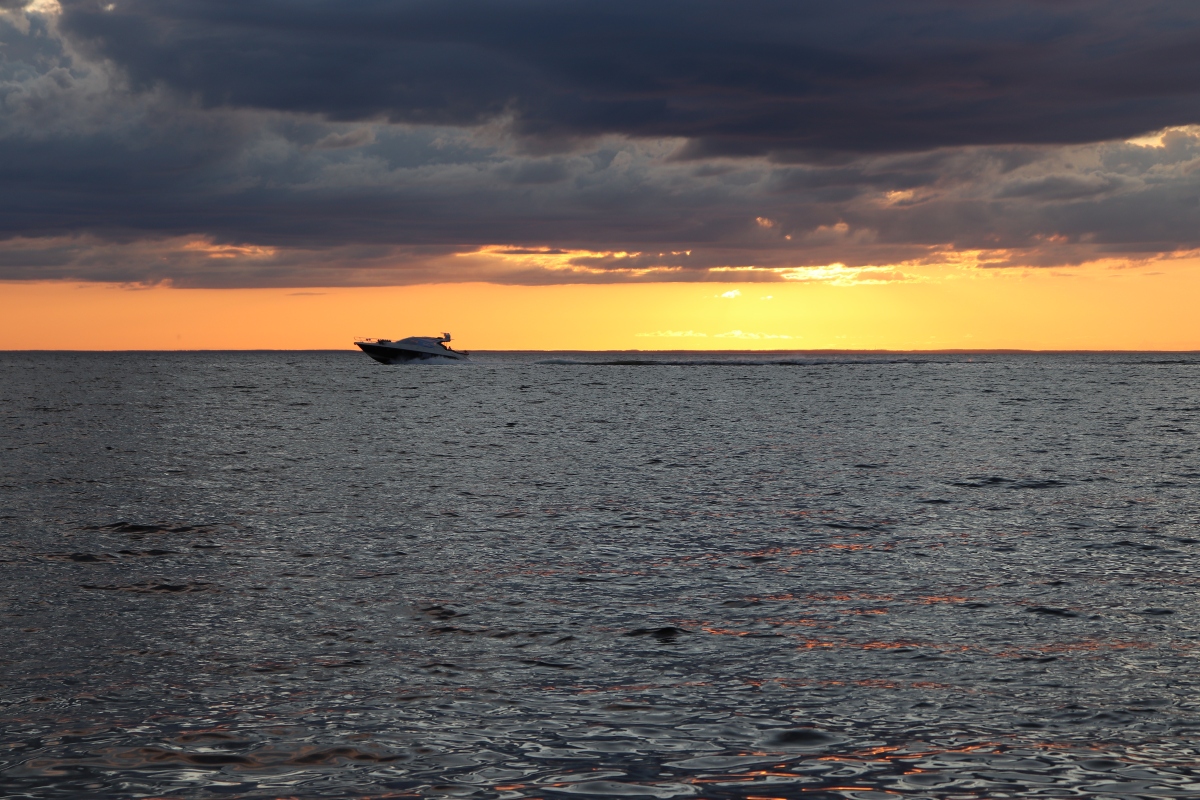 The very first night we got into Door County, we took enough time to get checked in to where we were staying and drop off our bags before we headed right back out even though we’d been in the car for well over 11 hours. We wanted to scout out a few areas before the next day and we needed to hunt down some place to eat.

The first place I wanted to check out was a place to get a good view of the sunset that I’d found on Google maps. It looked to be the ideal spot.

I especially loved the small pool of water with only a small strip of shore between it and the lake. When we checked the spot out, only 1 person was there with their dog. Little did we know that everyone else on the peninsula also thought it was the ideal sunset viewing spot. When we came back after doing a bit more scouting, it was packed with people. Since it wasn’t an official park, there wasn’t any parking and the road just dead ended at the shore, so everyone was parked along this narrow twisty piece with a really steep incline.

There were very few spots to stand to get pictures as the shore was lined with people in chairs and sitting on the rocks. I was really thankful that the area right in front of the little pool was open. I did have to avoid a couple of heads and dogs trying to photobomb me, but I managed to get several awesome shots.

We only stayed until the sun dropped below the cloud line before we left. We were exhausted from the drive and wanted a chance to just go chill out for a while without being surrounded by people and gnats. The clouds gave us a stunning sunset, but made it impossible for us to get a good night for star viewing so we didn’t even attempt it that first night.

These were all taken from the boat launch spot we found for our first night of star viewing. It is one of the very few spots we found that didn’t already have at least a half a dozen people hanging out, but it is obvious that others had been there before us.

We really found this spot at a perfect time. The sun was just beginning to set on the other side of the bit of land that juts out to the side. It created some really pretty effects on the water. And yes, I spent a stupid amount of time taking pictures of the water and the splashes and the little bitty waves that were coming on shore.

The boat launch was in this good sized slightly enclosed bay on the very northern edge of the Door County Peninsula. It was surrounded by private homes and properties, so it was quiet. Granted, nearly the entire northern tip of the peninsula was on the quiet side and one of the the things I liked the most about where we ended up staying.

This entire section was a rock beach. It kind of blew my mind how the different areas we visited had different types of beaches, all so close together. Someone had found a butterfly in the rocks and built this little memorial around it.

We had mainly been looking for a place to look at stars that first night, but we found a really beautiful place and spent a little more time there than I expected. The kids acted like little kids, getting all excited about this rock or that. It became a thing for them to get a small rock or two from every shoreline we visited. This place made it really hard for them to only choose that one or two.

Next to the goals of seeing the stars and getting some hiking done, I really wanted the opportunity to get some awesome sunset and sunrise pictures. We were going to be in an ideal place to do this, so I wanted to take every chance I could. Turns out, there is way more coastline that is enclosed in trees than there is open access, so viewing spots were limited for the public. We found this spot on our first full day there. It wasn’t a waterline spot, but there was enough room to land a spot to take pictures. Not much, but enough because it was also popular, like all public viewing areas are.

I was worried a bit that it wasn’t going to be an “interesting” sunset since there weren’t any clouds, but the sky still put on an amazing show of color and the water threw a lot of that right back in stunning reflections.

At one point, I had turned to ask Hubby something as he was standing behind me and I just could not resist this creative shot. It inspired a few others later in the trip, but this is probably my favorite. If you look closely, you can see the number of people that were at the edge of the lookout.

I kept taking pictures until the sun dropped below the horizon. I have so many I could probably come close to putting together a sunset video with all the frames.

After that final speck went below the waterline, the sky reminded me of some of the fill options in early graphics programs I’ve worked with (really early Corel Draw, I think). There was so much color in the sky. It isn’t something I normally get to see at home with all the trees and obstacles in the way, so I was thrilled to be able to get these.

Our last day in Wisconsin was crazy busy and really had three distinct pieces. Two different hikes and then the star viewing. The two separate hikes we went on ended up being over 7 miles in total, the second hike being the bulk of that mileage. Considering I’m not overly active, that was nearly miraculous.

The second hike was in the Newport State Park area when we went to to scout it out for the dark sky viewing. It was such a nice area, we decided to check out the trails while we were there. Trails that ended up being WAY longer than we intended to hike, but by the time we realized that, we had to hike pretty much the same distance to get back out as we had to get where we were, so turning around wouldn’t have made a difference in the distance.

I took way too many photos of pathways while hiking because I love the look and feel of pathway shots. Sadly, I don’t think I’m all that great at actually taking them in a way that truly captures the feel of the paths I was on at the time.

I also didn’t end up taking a whole lot of pictures on this hike because, while it really was beautiful, it was also kind of a horror show. We battled clouds of gnats and mosquitoes and I don’t know what else for nearly the entire 5 miles or so. I needed both my hands to wave around like a complete spaz in order to fend them off. It was incredibly annoying as we had bug repellent, but because this hike was kind of a last minute decision and hadn’t really run into issues with our other hikes we chose not to go back to the car to get it. Big, big, BIG mistake.

The above picture wasn’t taken there, but is a perfect example of what we hiked through. As annoying as the bugs were, we didn’t think all that much of it until about 12 hours later when MC’s hand looked like someone had inflated it full of air and turned it into a hand balloon. I still don’t know what bit or stung him, but the antihistamines seem to be helping, though slowly.

Mine took closer to 24 hours to show up. Looks like I brought my own version of the stars home with me in my own personal constellation. My other shoulder and lower legs look pretty much the same.

That particular park ended up being one of the best and worst parts of our trip. Once the bites quit itching so badly, I might be able to let go of that part of it and just remember the best parts. 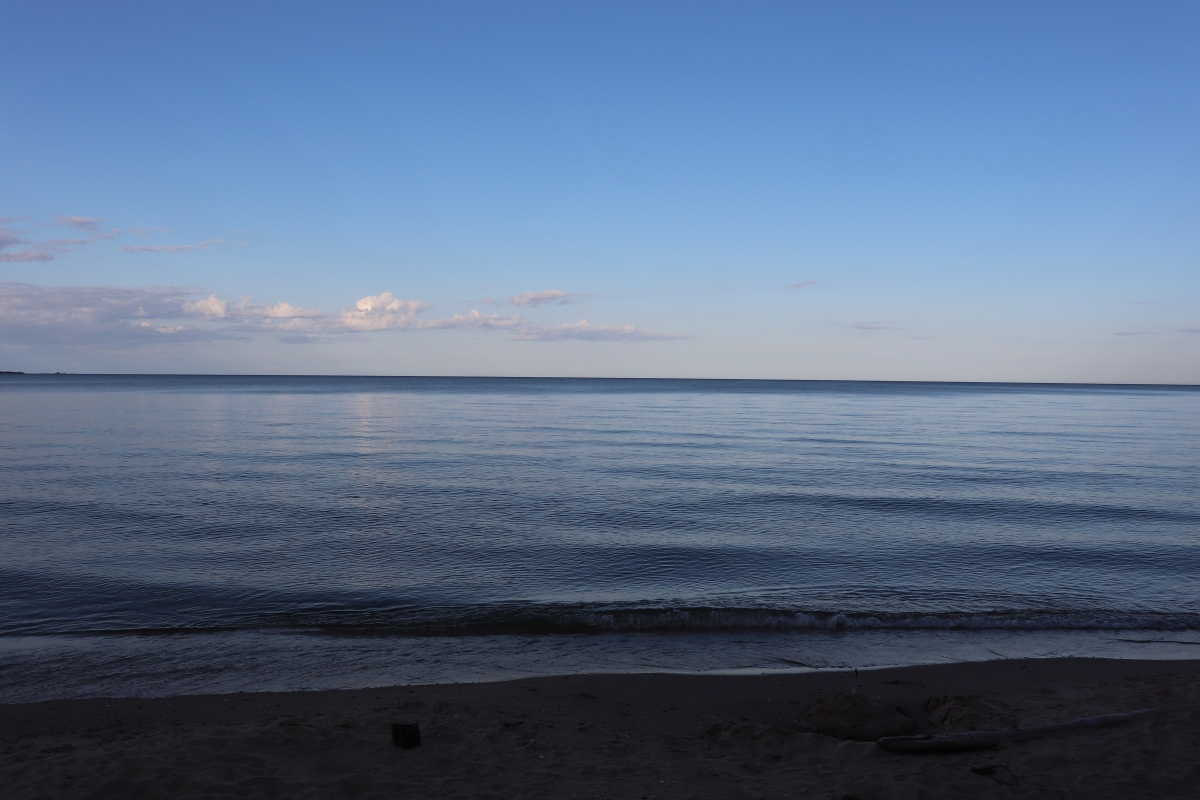 Posting this one for nananoyz at Praying for Eyebrowz. Hopefully this will tide her over until I can get to the rest of my lake shots! This was taken from the bay side of the Door County peninsula from one of the many, many, many awesome places to take photos.