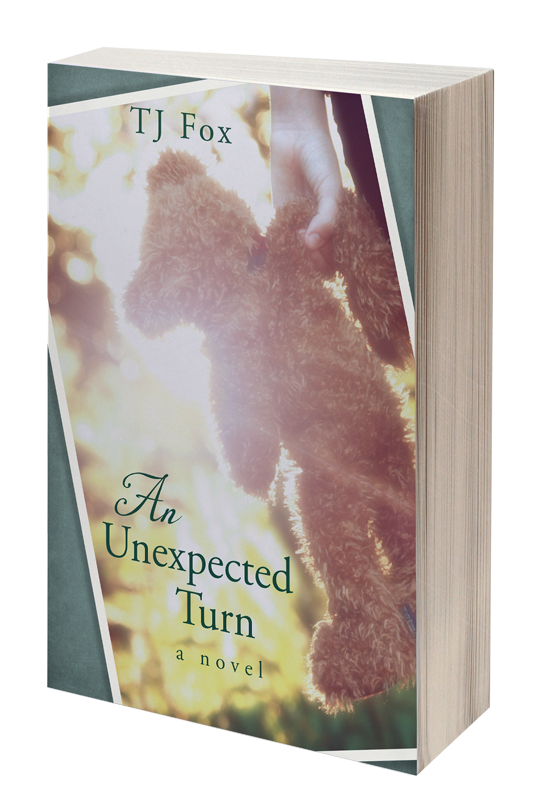 I have a book cover! I am just over the top giddy about this. My guy really did an amazing job and was incredibly tolerant of the fact that I really didn’t know what I wanted outside of my photograph I sent him. He tweaked and nudged and reworked several times, but he got me here, which is amazing. So, if you are looking for some great cover work or interior design, check him out at Streetlight Graphics.

END_OF_DOCUMENT_TOKEN_TO_BE_REPLACED

Got my page proofs to review from the designers. I knew this was a thing. I was expecting it, but apparently… still not. It really hit me with this that I will be publishing my book soon. And it is going to look like a real book! Seeing these pages formatted as they will be in print makes me giddy as hell. And a little hyperventilatey (yes, I know that isn’t a word). I’m going to go review pages. And take lots of deep breaths. This is happening!

I just sent my files off to my cover designer for them to begin work and thought I’d drop a little hint from one of my original images. I’ll post a full cover reveal once it is finished and I have a release date!

They say that you shouldn’t judge a book by its cover, but we totally do.  The cover of a book is a reader’s very first impression of the book.  It gives the reader a first taste of what may be inside those pages and an indication of the writer’s style and personality.  As an author, I would think that you’d want your cover to be either interesting enough to grab a reader’s attention and draw them in or, at the very least, be generic enough to not matter.  Either approach will work.

In a lot of  cases, the cover isn’t going to make or break a book.  BUT… if your cover is done in such a way that it strikes a bad first impression, you are going to have a very hard time getting a reader, especially a reader that is new to you as an author, to actually get past whatever it is about the cover that bugs them enough to pick up that book and take a chance on reading it.  There are several things that bug me when it comes to cover art on books, enough so that I will often not even bother to read what the book is about and completely pass it up unless I’m just desperate for something to read.  A lot of times, I still won’t even look at it no matter how desperate I am.

Copycatting:  When a cover is, or contains, the exact same or very closely the same photo/image/design of another cover by another author.  This is something that I’ve noticed an awful lot recently and it annoys the crap out of me.  Not always so much that I won’t read a book because of it, but enough that I struggle to view the authors as more serious or professional.

I usually don’t always notice until I’ve read one book and then later see another book by a totally different author with a nearly identical image or a design that is so close, I think it is another book by the first author.  A lot of authors will use a similar design style throughout a series and that helps the reader to quickly identify it as being in that same series.  When you run across a situation where that isn’t the case, it feels deceptive and unoriginal.  I have no idea why this is so prevalent at the moment, but I am wondering if those books are being produced by the same publisher, one that isn’t willing to invest in unique cover art for their different authors, or if they fall more in line with self published works where the author has to provide their own cover art and they are getting images from free or low cost image services.

If you cannot get a full design work up with unique graphic images and/or photos for whatever reason, be it cost or lack of creativity, I would much rather see a generic design with a little color and just a title and author.  If you aren’t creative enough to show an original cover image, then how am I as a reader to believe that the story inside is going to be any more special or interesting than that cover, or even better, worth my time?

Cartooning:  Cartoon/childlike drawings.  This is definitely a peeve of mine.  If you are a mature, professional author writing mature stories for adults, why are you putting out books with covers on them that make them look like children’s’ books?  I will admit that not all covers that have cartoonish images on the cover come across as childlike, but most of them do.

I don’t read kids books unless it is something for my kids for some reason.  I also very rarely read a young adult book unless it is by an author that I already love their adult books.  This is because those just aren’t the kinds of books I usually want to read.  If your book cover appears that your book belongs in those genres, I’m not even going to take the time to read what the book is supposed to be about let alone take the time to read the book itself.

Cheap/Poor Computer Graphic:  Images or designs that look like my high school-er put together in his first graphic design class.  Sadly, in a lot of these cases, my high school-er could have done a better job.  Seriously, if it is going to look like completely amateur work, there is no way I am ever going to look past that cover.  Never.  Why even bother with a cover if that is what you are going to put on there?

Back to the point about a generic cover.  You will get a crap ton more looks and interest if you have even a very simple, basic, clean cover with zero images over something that is bad.  The goal is to generate interest, not turn it away.  I have a feeling (though I haven’t taken the time to research this for any kind of actual evidence), that books with covers like that are very poor cousins within the self published realm.  Even if it isn’t, that is the impression that those covers give.  I seriously doubt a publisher with a very good reputation is going to put out a book with a cover that isn’t at least partially well thought out, let alone so utterly terrible that it does the opposite of the job it is supposed to do which is get a reader wanting more of what it sees.

A book cover, when it has anything other than that simple, generic design, is suppose to tease and tantalize its readers into wanting to pick it up and explore what is beyond that cover.  It is supposed to draw you in, not cause you to go running and screaming in the opposite direction.