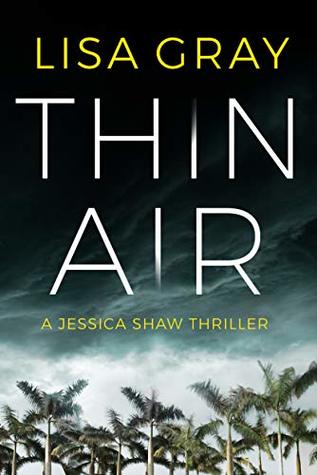 Blurb: She investigates missing persons—now she is one.

Private investigator Jessica Shaw is used to getting anonymous tips. But after receiving a photo of a three-year-old kidnapped from Los Angeles twenty-five years ago, Jessica is stunned to recognize the little girl as herself.

Eager for answers, Jessica heads to LA’s dark underbelly. When she learns that her biological mother was killed the night she was abducted, Jessica’s determined to solve a case the police have forgotten. Meanwhile, veteran LAPD detective Jason Pryce is in the midst of a gruesome investigation into a murdered college student moonlighting as a prostitute. A chance encounter leads to them crossing paths, but Jessica soon realizes that Pryce is hiding something about her father’s checkered history and her mother’s death.

To solve her mother’s murder and her own disappearance, Jessica must dig into the past and find the secrets buried there. But the air gets thinner as she crawls closer to the truth, and it’s getting harder and harder to breathe.

I picked this up because the premise of this sounded really amazing. The idea that you are in fact the adult version of a child that had been missing for years and you never had a single clue? Love this concept!

I did like the resulting story and this kept things moving and intense all the way through. But… there were a couple of things that kind of stuck out like a sore thumb and yanked me out of the story thinking “How can anyone be alive in the United States today and not know that isn’t accurate?” In the grand scheme of things, these weren’t major issues with the plot or progression of the story and pointing them out seems a bit nit picky, but they just really felt wrong and out of place.

One is that there are probably very, very few schools across the country that don’t have some form of secure entrance where anyone off the street could walk in, walk through hallways containing lockers before they were ever confronted with a school official. Most have the kind of security where you are buzzed directly into the office itself and can’t access the rest of the building without someone confirming you are allowed beyond that point. I cannot imagine that any schools in the L.A. area would be so lax. Again, this was minor, but it yanked me out of the story because it was so out of place.

One of the others was police kicking in the door to a suspect’s residence without any provocation. Things like arrest and search warrants are requirements for police unless there is some mitigating circumstance, like at least the hint of a belief that someone is in danger or something along those lines. You aren’t even given that flimsy excuse for the entrance. This one was a little bigger for me because it goes to the believability of the story and the investigation of the crime aspects. There were a couple of other smaller issues that aren’t worth pointing out, but they added up.

I think I got a better feel for who nearly every single character in this book was, even the much smaller side characters, than I ever got for Jessica. If asked, I don’t think I could really give you any kind of aspect to her personality other than the fact that she may not be so bright. I could tell you some facts about her physically and what she does, but not who she is or what is important to her or really much of anything about her past outside of the history of what was going on around her before she disappeared. Considering this is the first book in a series, it is problematic that this is missing because I don’t know that she is interesting enough for me to want to read more about her.

I did enjoy most of the basics and the bones of this story, but it was missing a lot of the more important nuances that would have pushed it into the really good range for me.