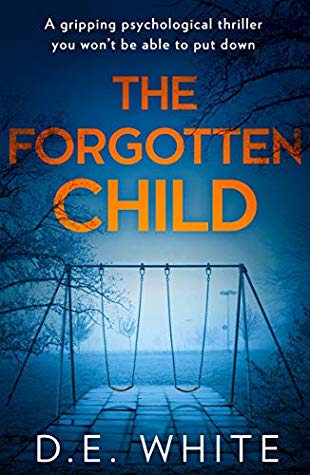 Blurb: Lights blinded her in an eerie white flash. She yanked the wheel as she felt the impact from the car behind her. There was a sharp pain, and then a bang in front of her, and after that nothing but darkness.

Holly Kendal is trying to put her painful past and broken marriage behind her and focus on her beloved son, Milo. But while driving him home on a dark February night, Holly loses control on the rain-slicked tarmac, and her car spirals off the road.

When Holly regains consciousness, everything is silent and in the dark, she can’t see Milo. Desperately, she claws her way out of the car and forces the back door open.

To her relief, Milo is where she left him, injured but breathing – but then she sees something that makes her heart stop.

Milo isn’t the only child in the car. Next to him is another little boy, unharmed but unconscious.

And Holly has absolutely no idea who he is.

When I read the blurb for this book, I was really intrigued and excited to read it. I loved this really unique situation that left me questioning how it could play out. There were so many directions this could go.

The way this started, made me think that it was going to be this really intense read, but it didn’t take long at all before I realized this book’s focus wasn’t about what you get in the blurb at all and I quickly became disappointed. The piece of the story that makes the blurb so intense and intriguing is only a very small thread through a very different story. This isn’t to say that the book itself wasn’t well written or interesting, because it was. It just wasn’t what I was expecting at all and ended up not being to my tastes.

There is a heavy thread through this that deals with criminal activities, organizations and the families that make those up. Those aspects were treated in such a blasé way, I wasn’t a fan. When combined with the difference in my expectations of what this was about, it made it difficult for me to enjoy the story.

*I received a copy of this book from NetGalley. Opinions stated are honest and my own.