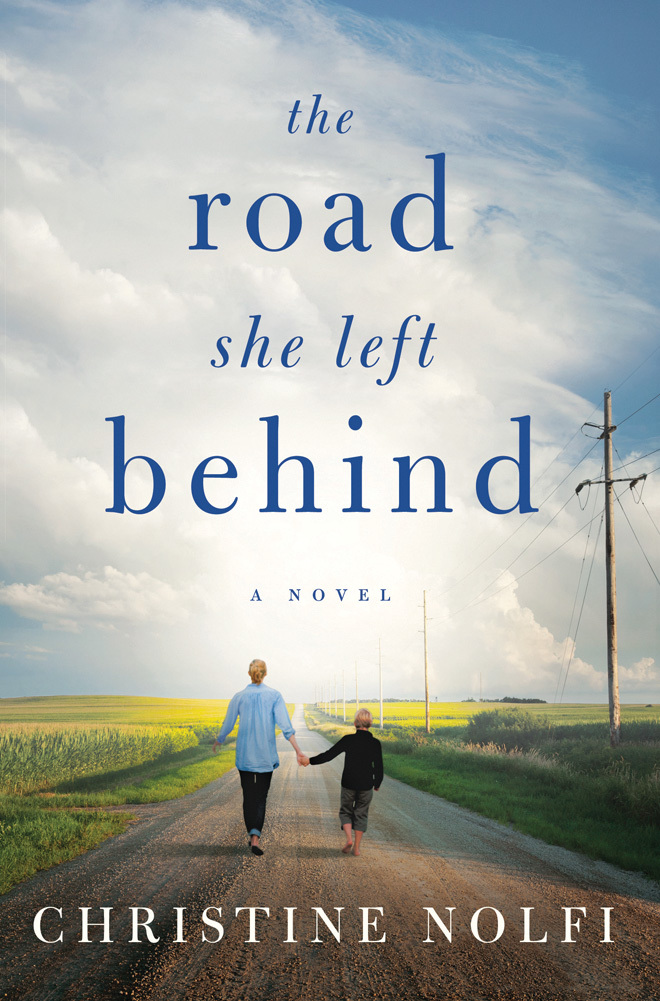 Blurb: Crushed by guilt over the car accident that killed her father and sister, and torn apart by her mother’s resentment, Darcy Goodridge fled her family estate eight years ago and hasn’t looked back. Now an unexpected phone call threatens to upend what little serenity she’s found. Her nephew, Emerson, who was just a baby when his mother died, has gone missing. Darcy must return home and face her past in order to save him.

Once back in Ohio, Darcy realizes there’s more to Emerson’s disappearance—and to the sudden retirement of her mother, Rosalind—than meets the eye. As she works to make inroads with Rosalind, Darcy begins to unravel a decades-old secret that devastated her family and forced a wedge between her and Michael Varano, the man she left heartbroken when she vanished after the funeral. After carrying the scars of that fateful night for almost a decade, Darcy is determined to find closure, healing, and maybe even love where she lost them all in the first place—right back home where she belongs.

This is an emotional book about family, which is one of my most enjoyed types of books. It is also the type that, for me, needs to have a really strong level of believability for those emotions to be evoked. There were bits and pieces that were a stretch for me to believe and is the only reason I didn’t rate this higher because it was a really good story otherwise.

One was the background behind Darcy leaving in the first place. It isn’t something that is really ever addressed. We know the events leading up to it, but you are never given the final match that lit the fuse that forced her to leave. The reader is lead to believe it was something specific that Darcy’s mother said that forced her away, but you aren’t ever shown that event in any way. It was only ever eluded to, so it left that piece feeling weak.

The other was the whiplash like change in attitudes and personality that come about when certain things are revealed. Yes, people can change, but they don’t do so overnight just because some long buried secret comes out, especially when it kind of isn’t much of a secret.

While those things didn’t play a huge part in how I felt about the story, they did lessen the overall emotional impact of the story, though it was still a good book.

I normally don’t have a set TBR as I tend to pick up and read what I’m in the mood for at the time. I do have several lists in various different genres that I’ll use to pick from when I’m in the mood for that particular genre or I just go dig through new releases or new additions to my local library.

Now that I’m getting ARCs and picking up more books based on what I’m seeing other bloggers reading, I’ve decided to try and keep an actual TBR. These are the books I’m looking to read in the near future. Knowing me and my reading habits, this list is likely to change drastically within a week or two, but we will see how it goes if I shoot for a full month. I seriously doubt these will be the only books I read this month and there is a chance one or two get the procrastination shove to the bottom of the list, but it is a place to start.

So, what is currently on my shelf:

A Stranger on the Beach

*This is an ARC

The Place on Dalhousie

The Road She Left Behind