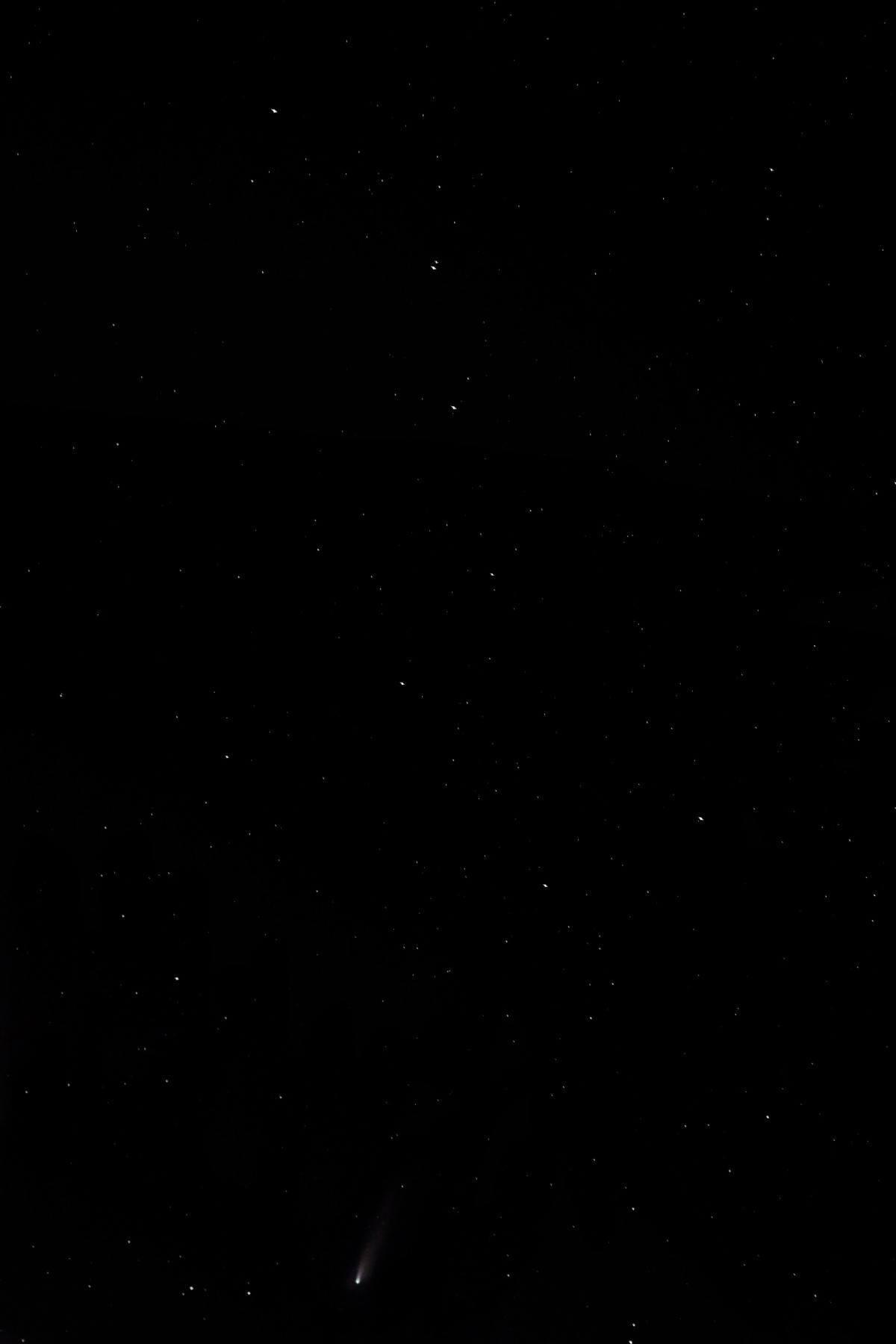 I honestly have no clue how well this image will show. If possible, click on it to make it bigger (or whatever to get it to fit in your screen as you need to see it all at once).

I created this image from a photo I took while I was doing comet watch. The night BG went out with me, she asked if it was possible to get the big dipper and the comet in the same shot because she wanted it for the background on her phone. While it was easy enough to frame them together, getting everything else right to get her what she was looking for really wasn’t easy at all.

Along with most of the typical difficulties I had in trying to get a clean shot of the comet, fuzziness and streaky stars and correct exposure with the urban light pollution,  I had to try and get ALL of the elements she wanted working together at the same time.

She really wanted to be able to clearly see both the comet and the big dipper, but she also wanted enough other stars to be seen, but not so many that you lost the big dipper.

It seemed like no matter how I processed it in photoshop, there was always at least one aspect that didn’t work. Too many stars. Not enough stars. A loss of the comet tail. A brightness fade from a corner of the shot because of ambient lighting on the horizon. I would get one aspect the way I really liked it and another one would be way off. I got her a version that worked okay, but she didn’t absolutely love. Still, it was close enough so I called it good.

Then I spent umpteen hours playing with learning how to photo stack, working on edits for MC’s senior pictures and learning how to fix a couple of issues (glare on glasses lenses is an absolute bear if it is bad enough or in the wrong spot). In the process, I figured a few things out that I thought might make a difference on BG’s photo.

So I dug in and played.

Multiple layers, hours and various techniques later, I have pretty much exactly what she asked for. It isn’t perfect by a long shot and is pretty much only really good for what BG wanted to use it as, but I’m exceptionally pleased with it.

The image is very much still a photo. All I really did was play with the kinds of techniques you might see in a darkroom for film/print processing. Mostly.

Now if I could just figure out how to make the stars and comet just a bit bigger and noticeable, It’d be near perfect for what I really wanted out of this one. As it is, I still managed to get damn close.

4 thoughts on “NEOWISE And The Big Dipper”