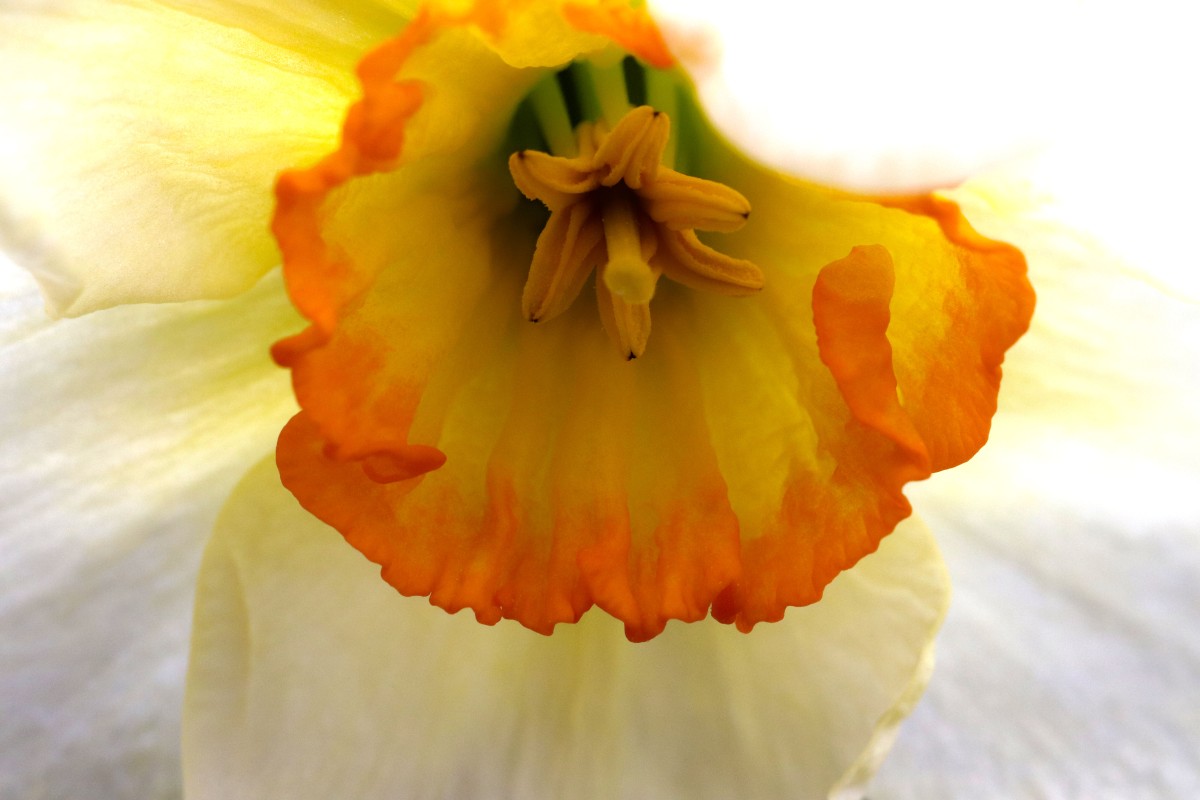 I finally have some daffodils blooming. At the moment, I have three different ones, but I think I have a couple more that are trying to pop as well. This one looks to be the most traditional looking one so far. The other two are very different. I’ll try to get some photos later today of those if the sun would ever decide to come out.

There are all kinds of stories going around about various different neighborhoods, groups, or individuals doing things to help entertain their neighbors right now. One of the things that I’d seen was directed more towards little kids. They were calling it a bear hunt. Residents would put some sort of bear (stuffed or other) in a window where it could be seen from the outside. When the kids would go for a walk, they could hunt for the bears in the windows.

My neighborhood decided to do one as we have a lot of grade school age kids that live around here. I’m a huge bear fan and Hubby has gotten me a few really fun ones over the years, so I decided to share the one that would be most easily seen. My giant one. He kind of takes up the whole window (not that is is a huge window).

It was just a really simple thing to do and the little kids can have a fun activity that doesn’t require any interaction with other people. I thought it was cute and fun. Now I have a bear hanging out in my window waving at anyone that walks by.

I will say, it is a bit disturbing to see it up there at night. I guess older teenagers and adults can play along and find a way to give it a creepy feel as it looks a little deranged staring out at you in the dark.

One thought on “Daffodils And A Bear Hunt”