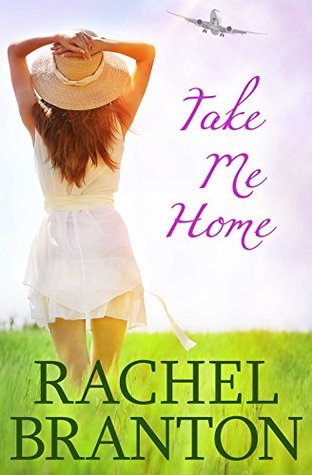 Blurb: What if everything you ever thought was true about your past, wasn’t true at all?

Liana Winn has always felt like an outsider in her family. As a child she was adopted by relatives after her parents’ plane accident in India, but now that she is as an adult, her disjointed memories—and nightmares—of the past continue to make it impossible for her to bridge the wide gulf she still feels with her adoptive family. She is plagued by questions about her parents’ deaths and wonders if that event is the reason for her inability to form deep personal relationships. Although her adoptive brother Christian has become her greatest friend and supporter, she even has difficulty bonding with him. Needing someone means love, and losing those you love hurts too much.

When Liana meets successful businessman, Austin Walker, who has risen above his own difficult childhood on a Wyoming farm, she’s certain their business will not extend to friendship. Yet she cannot deny their powerful connection and the feeling of hope he offers for romance.

But the ghosts of the past will not rest for Liana, and while searching for answers, she makes a shocking discovery that just might mean the end of everything she’s ever believed.

This has all the critical pieces of a heartfelt, emotional story. I was intrigued by Liana’s backstory and wanted to know why she held herself at a distance from people. I did struggle a bit to understand her coldness and forced distance toward her adopted family, mostly because of her age when she was adopted by them didn’t quite seem to fit with that kind of an extreme emotional reaction. As you move through the story, you see a bit more behind the why, but for me it never quite felt like a solid fit.

While this is classified as a romance, it isn’t the main focus of the story. That part is sweet, if a little light and fast in the founding of that relationship.

I was not a fan of Karyn’s character earlier in the book as she felt much, much younger and much more immature than her presented 20 year age, not to mention incredibly self centered. Even if I take into consideration the historical time frame of the mid/late 60s, that level of immaturity didn’t seem to make sense and it didn’t do much to garner any sympathy. Even some of the entries from later in her life, while a bit better, didn’t improve my opinion of her.

Between that and how cold and almost aggressively distant Liana’s character came across early on, the overall emotional impact of the story was brought down a bit for me. Overall, this was a good and interesting story, but it felt as though there were places that were missing tiny pieces that would smooth it all together.

*I received a copy of this book from the Author. Opinions stated are honest and my own.