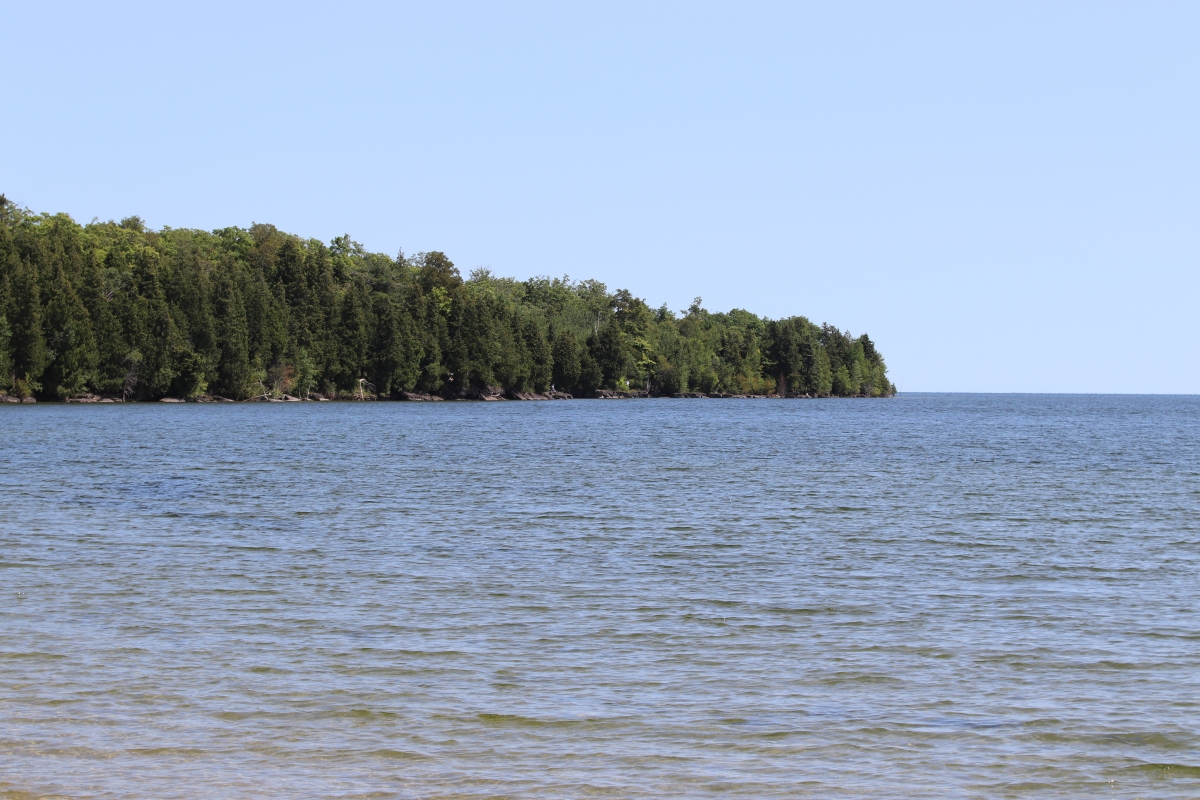 Our last day in Wisconsin was crazy busy and really had three distinct pieces. Two different hikes and then the star viewing. The two separate hikes we went on ended up being over 7 miles in total, the second hike being the bulk of that mileage. Considering I’m not overly active, that was nearly miraculous.

The second hike was in the Newport State Park area when we went to to scout it out for the dark sky viewing. It was such a nice area, we decided to check out the trails while we were there. Trails that ended up being WAY longer than we intended to hike, but by the time we realized that, we had to hike pretty much the same distance to get back out as we had to get where we were, so turning around wouldn’t have made a difference in the distance.

I took way too many photos of pathways while hiking because I love the look and feel of pathway shots. Sadly, I don’t think I’m all that great at actually taking them in a way that truly captures the feel of the paths I was on at the time.

I also didn’t end up taking a whole lot of pictures on this hike because, while it really was beautiful, it was also kind of a horror show. We battled clouds of gnats and mosquitoes and I don’t know what else for nearly the entire 5 miles or so. I needed both my hands to wave around like a complete spaz in order to fend them off. It was incredibly annoying as we had bug repellent, but because this hike was kind of a last minute decision and hadn’t really run into issues with our other hikes we chose not to go back to the car to get it. Big, big, BIG mistake.

The above picture wasn’t taken there, but is a perfect example of what we hiked through. As annoying as the bugs were, we didn’t think all that much of it until about 12 hours later when MC’s hand looked like someone had inflated it full of air and turned it into a hand balloon. I still don’t know what bit or stung him, but the antihistamines seem to be helping, though slowly.

Mine took closer to 24 hours to show up. Looks like I brought my own version of the stars home with me in my own personal constellation. My other shoulder and lower legs look pretty much the same.

That particular park ended up being one of the best and worst parts of our trip. Once the bites quit itching so badly, I might be able to let go of that part of it and just remember the best parts.