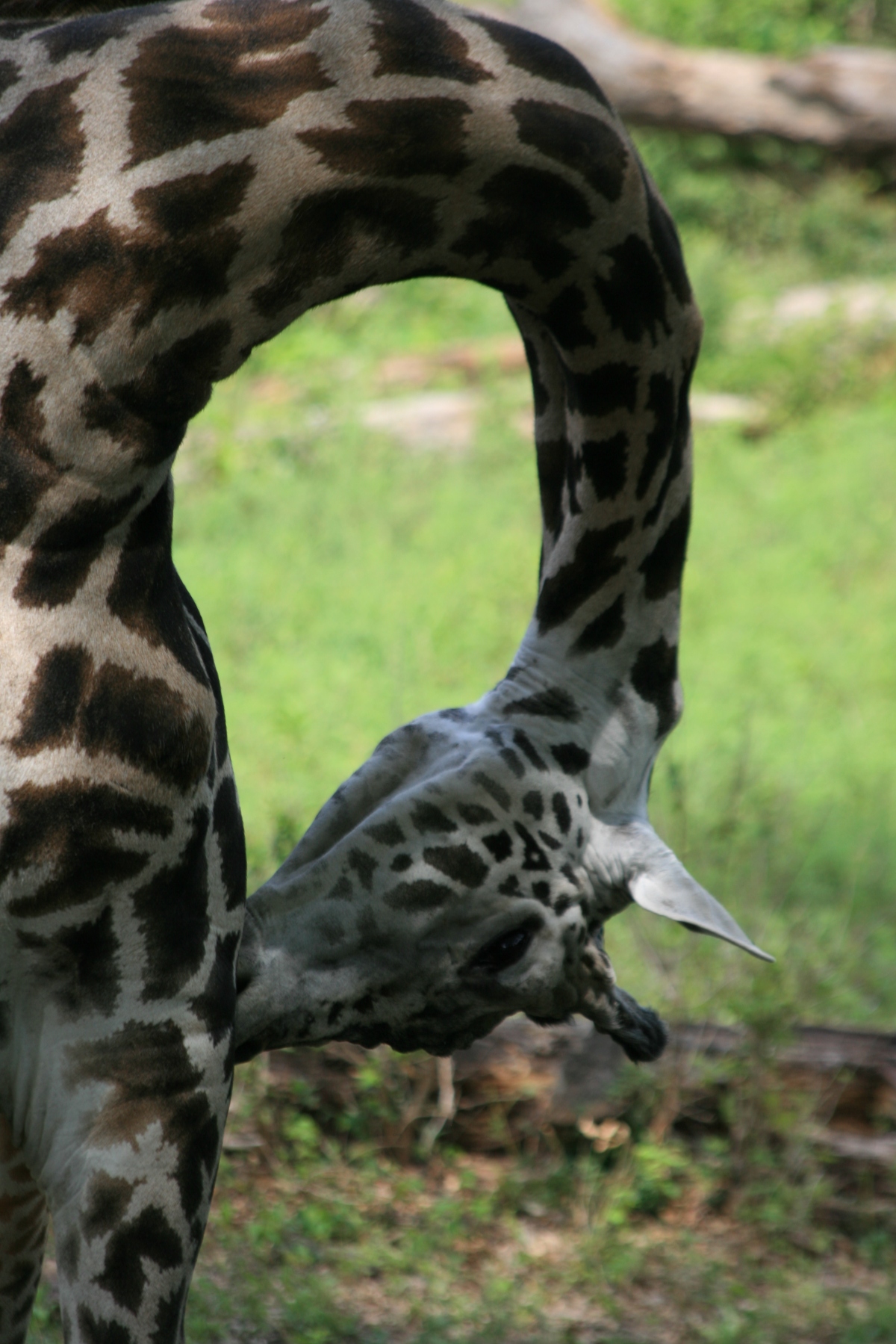 A few years back, we went to a zoo where we saw this penguin. It was standing perfectly still, but had it’s head in such an odd position that it looked like it was upside down. The lack of movement and the unnatural looking position was kinda creepy looking (of course I didn’t get a photo), making it look as though it’s neck had snapped even though I’m certain it was just sleeping. MC being a massive fan of penguins dubbed it Broken Neck Penguin and it kind of became this running thing in the family. When we again went to a zoo this year, we run across this guy and it made me think of that penguin. While the positioning isn’t quite as drastic, it was still similar, so… Bendy Giraffe.